Plus... Why we celebrate and what it means

June is Pride Month in the United States.

You may see various versions of rainbow flags displayed around your town, support for #PrideMonth and the LGBTQIA+ community on social media, and celebrations like parades and festivals popping up in person and virtually.

But why do we celebrate, and what does it all mean?

Initially inspired over 50 years ago by the 1969 Stonewall Uprising in New York City following the police raid of a gay bar... Pride Month recognizes the impact that LGBTQIA+ individuals have had on our society -- locally, nationally and internationally. It also highlights the work of the LGBTQIA+ community, and the supporters and allies who work alongside them, to achieve equal justice and opportunity for LGBTQIA+ Americans.

One of my favorite organizations to get involved with as an ally of the LGBTQIA+ community is Free Mom Hugs (if you haven't heard of it, you should check it out!). As a mom myself, I feel strongly compelled to support and fight for LGBTQIA+ individuals in the same way that I would fight for my own kids. I'm thrilled to be able to share some of their inspiring words that I believe that everyone should hear. 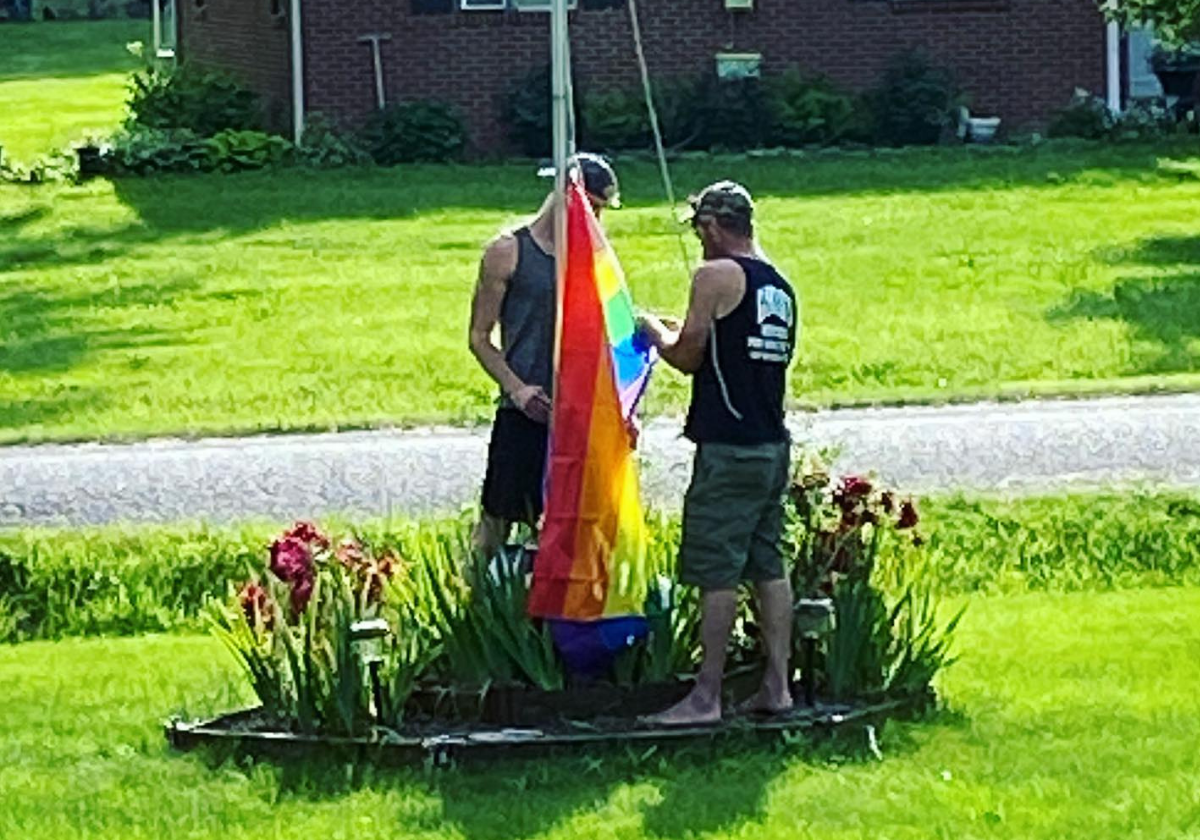 Kyle Rayfield's story has been shared almost 2000 times on Facebook. I guess that's why it popped up in my Newsfeed while I was searching for inspiration for my article. I took a chance and reached out to Kyle to request permission to use his story and photo, but I figured that my random message would go unanswered.

Boy, was I wrong! Kyle answered with an "of course!" almost immediately. I can't tell you how grateful l am that he said yes, because it is a story and photo that both parents and kids should experience. Thank YOU, Kyle. Your photo makes me tear up with joy repeatedly, despite the fact that I have looked at it about 27 times. Your words will inspire many, I just know it.

"When your dad buys his first pride flag and asks you to help him hang it, you cherish that moment.

My dad and I have always had a complicated relationship and it became even more complicated after coming out 10 years ago to him.

It was never his wish and he struggled with how all of this would impact my life. Knowing now and looking back he was scared, so was I. I didn’t completely understand what being gay even meant, I just knew I was.

I’m happy to say that our relationship has done nothing but get stronger and I am so happy and proud to have a father that accepts me completely for who I am.

If you’re reading this and have struggled with the fear of coming out based on other’s opinions, let it be known that even if it is hard at first, it truly does get better. Don’t live a life that is ruled by fear. Be proud of who you are because at the end of the day there is no better you than you. 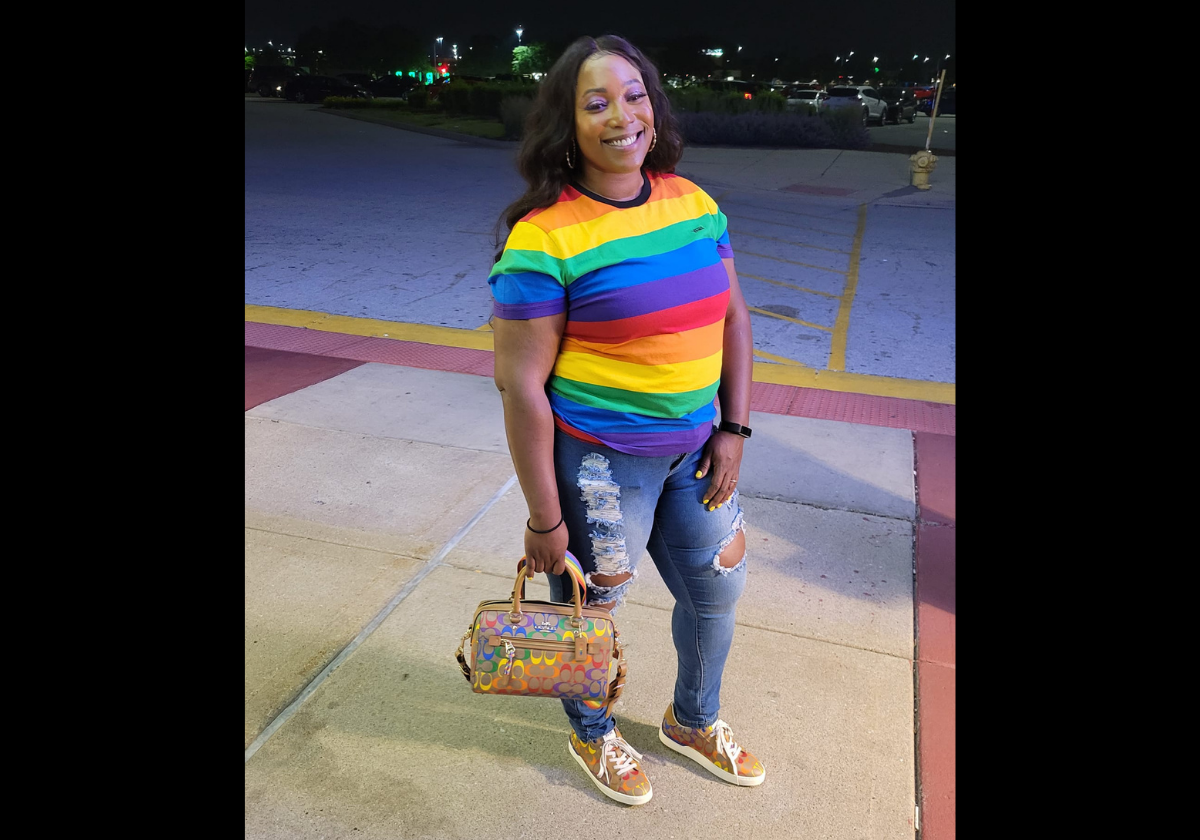 "I am Brandi, a 37 year old nursing student. K is my longtime friend's daughter, who I have watched blossom into this cool. almost 18 year old, young lady with a wildly hilarious sense of humor. I chose to wear this outfit for her on my birthday this month, because I was never as bold as her at that age. I was scared of who I truly was.

I dedicated that outfit as a message to her -- and all of the LGBTQ+ community -- be who you are, and we love who you are no matter what. (Plus, you're one cool a$$ chick, K.)"

"I'm K. Let me go back to where I never like to be... when I was young I always knew I was different. I always felt most comfortable playing as a “dude”. I could be with a girl if I played the role of a guy because that’s what I always saw -- “guys and girls”. I thought, 'Hey, let me just act like one and no one will think it’s weird', but people made fun of me.

At Catholic school, I really started to know I was different. Everyone treated me like I was a criminal with "sickly beliefs" and began to fail me in class just for being me. I never really knew why and I’d cry in the bathrooms trying to figure it out. In their eyes, it was not my education that was a fail... it was me as a human being (smh). I was excommunicated from my religion, but honestly, I’m free and happy no matter what! And that all went down just to make me the strong and better person I am today!

My mom has never skipped a beat trying to make sure I never felt different or not loved for who I am, and she allowed me to be homeschooled. I don’t think I’d be who I am if I wasn't.

Then I went and fell in love for the first time, and I had never felt so happy, but we had to keep it a secret. After a lot of sneaking around and a relationship status change on Facebook, her dad told her that she'd better leave me or it would only get worse for her. I have to say, one of the most heartbreaking moments of my life was when she called me and told me this. We cried and cried and begged her dad in many ways, but really there was nothing we could do. We've tried again a couple of times to be together, but always keeping it a secret."

Thank you for taking the time to read these stories from young people in the LGBTQIA+ community. Their voices are important. Their messages are powerful.

Find resources to help you support young people in your life who identify as LGBTQIA+. 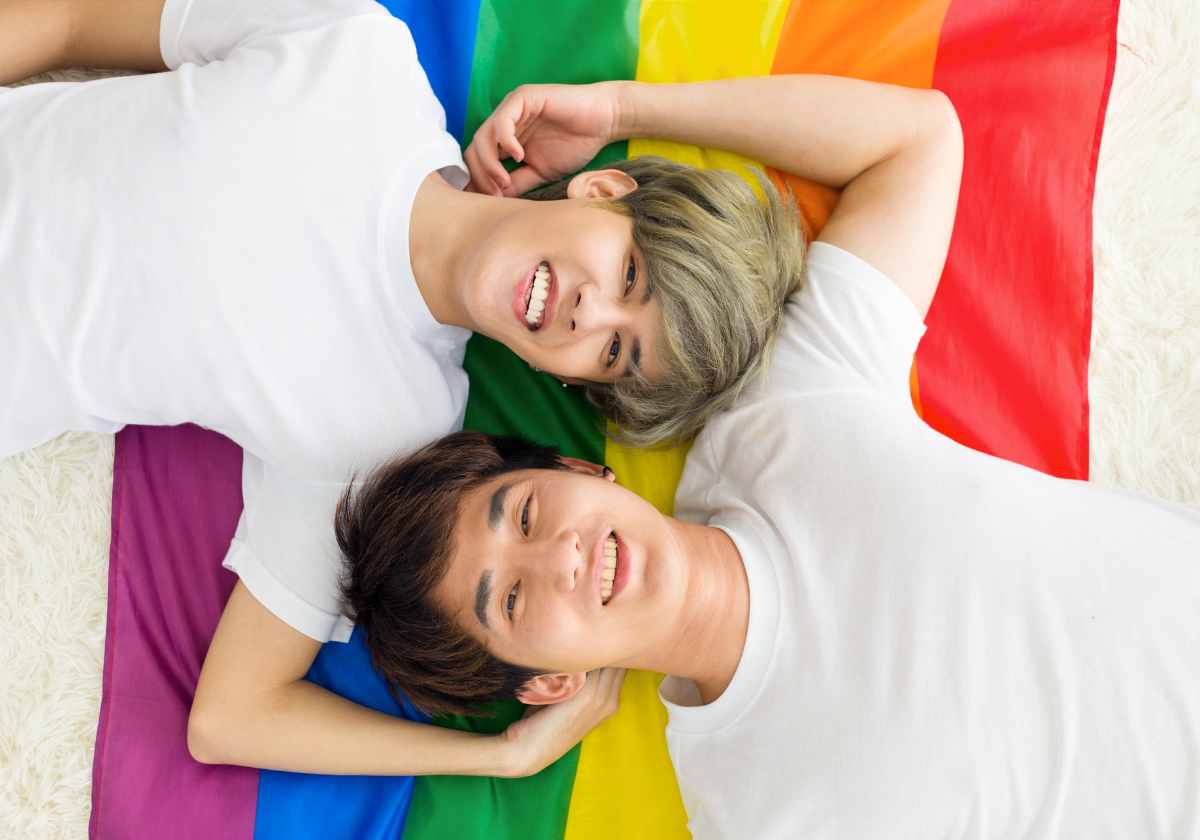 One of the ways that you can support people who identify as LGBTQIA+ is to understand and use the most current and correct language when referencing the LGBTQIA+ community.

What does LGBTQIA+ stand for?

This is a frequently asked question! LGBTQIA+ stands for lesbian, gay, bisexual, transgender, queer (or questioning), intersex, and asexual (or occasionally, ally). The + symbol represents everything on the gender and sexuality spectrum that we don't have the words to describe yet.

What is the difference between gender identity and sexual orientation?

Gender identity is how a person feels, whether that is a boy, a girl, both, or neither. Sexual orientation is defined by who you are attracted to, and who you love.

What is the correct terminology to use when describing a person's gender and sexuality?

We've compiled a list of currently accepted terms to use. This list can be overwhelming! The CDC offers some great resources for additional questions you may have, particularly if you are supporting or learning to support a family member who identifies as LGBTQIA+.

What about words that don't refer to sexual orientation or gender identity?

The following are some helpful definitions of common terms that are also used when referring to situations within the LGBTQIA+ community. 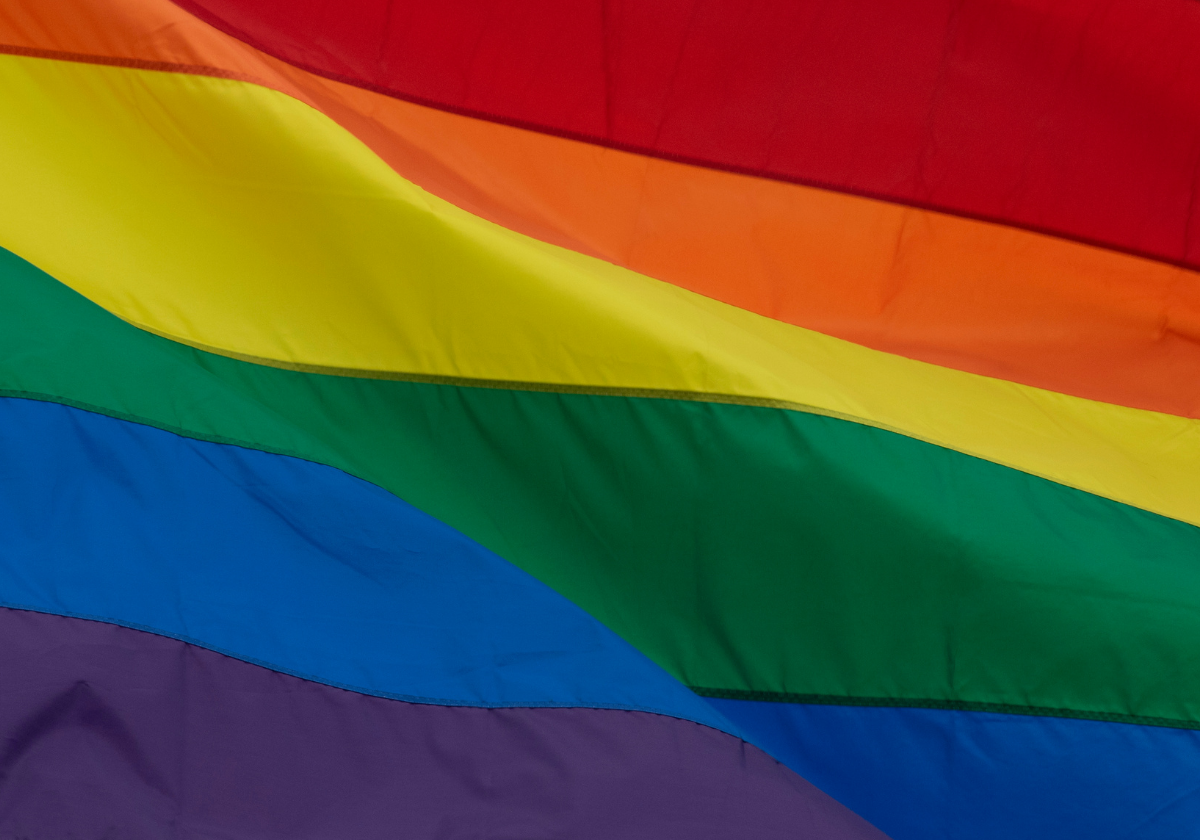 "Openness may not completely disarm prejudice, but it's a good place to start."