Did You Know? 5 Rainbow-Themed Things for Kids to Learn this Week

Roy G. Biv is the most popular person in the color industry. Okay, okay... we know he's not a REAL person, but there's a good chance you've 'met' him when you first learned your colors. Roy G. Biv is a mnemonic to help teach the color spectrum: Red, Orange, Yellow, Breen, Blue, Indigo, and Violet.

Below are five more rainbow-themed things to teach your kids this week. 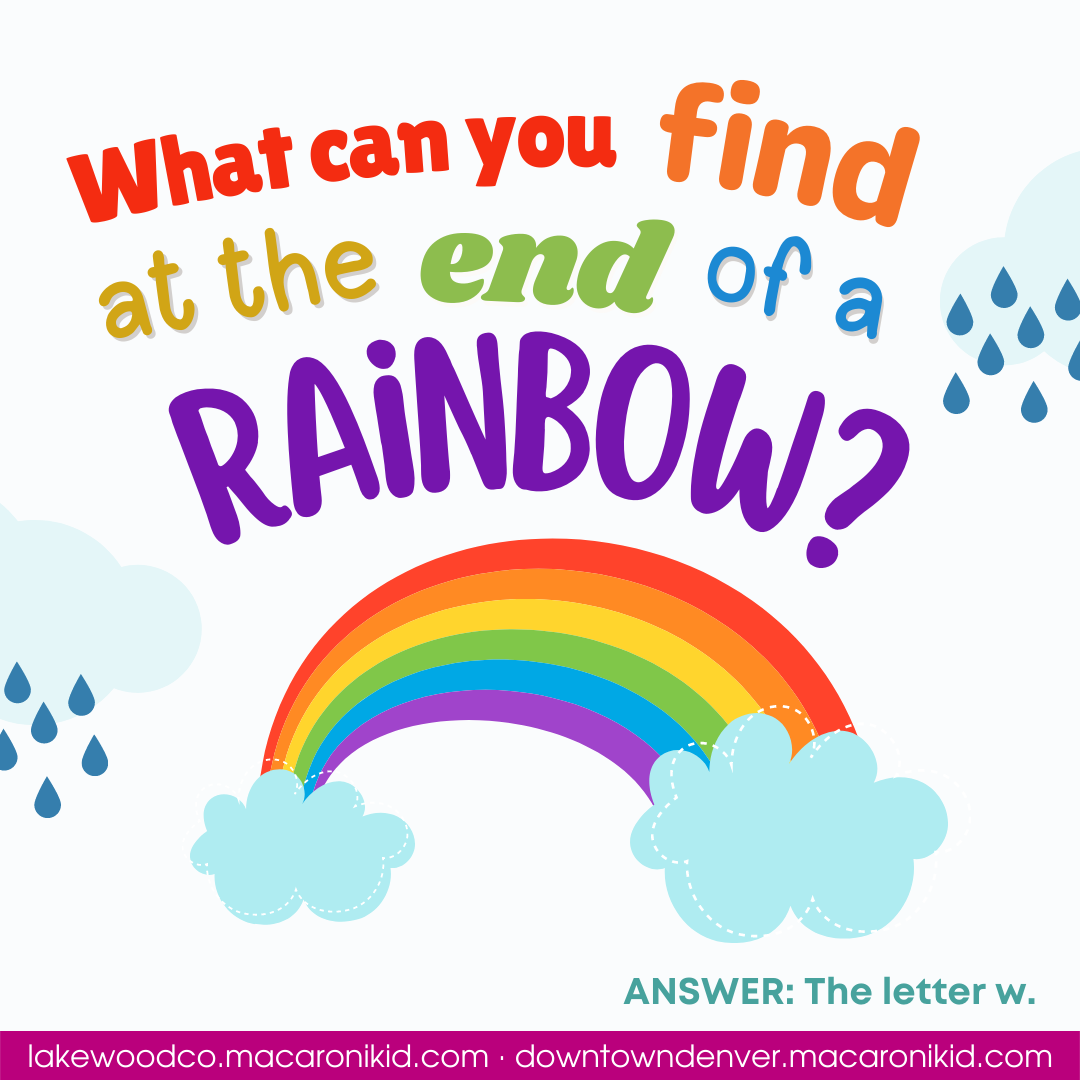 What can you find at the end of a rainbow? The letter w.

Even if you and a friend are standing next to one another looking at a rainbow, you’re not seeing the exact same thing! That’s because a rainbow is an optical (not physical) phenomenon, so the shape, arc, and width of the color bands will be slightly different according to the exact height and location of the viewer. That means every rainbow you see is truly as unique as you are! 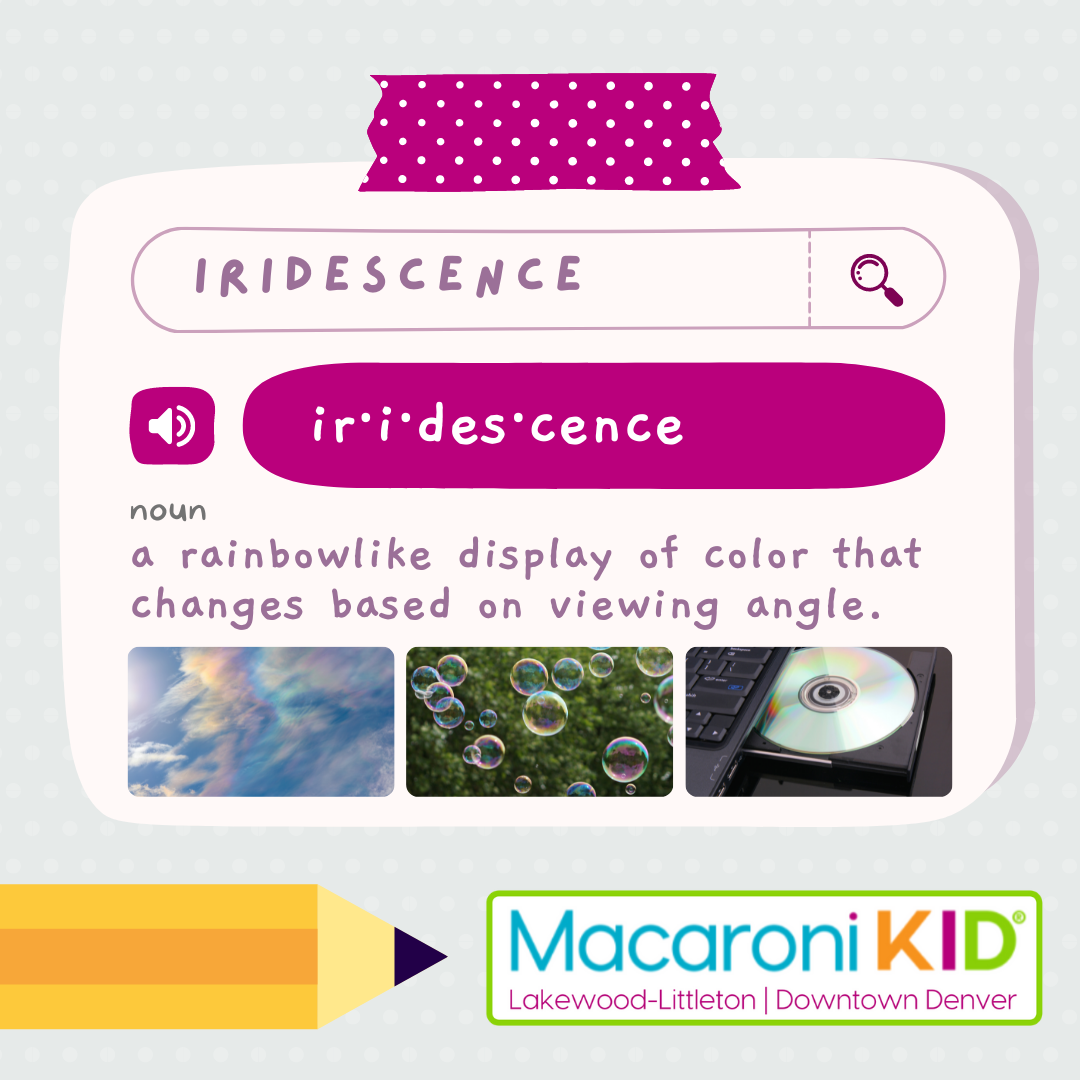 What is iridescence? Iridescence is a rainbowlike display of color that changes based on your viewing angle. You've likely seen examples of it in the world around you: CDs, bubbles, clouds, feathers, butterfly wings, seashells, and more!

Need a hint this week? The Greek letter sigma (Σ) is a symbol used in math to denote the sum of the equation. 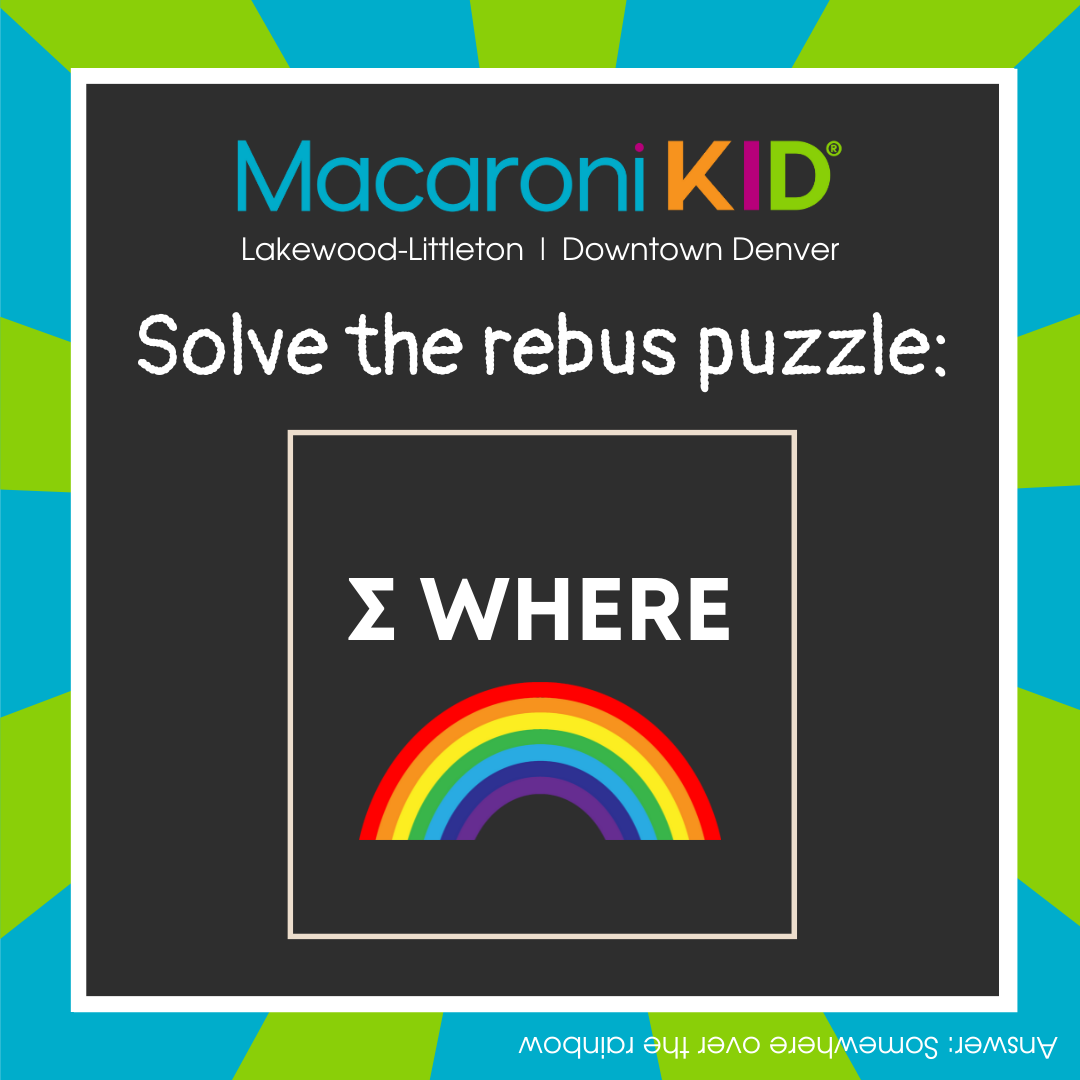 "Somewhere Over the Rainbow" was a ballad written for the 1939 film The Wizard of Oz. Listen to Israel Kamakawiwo'ole's ukelele rendition of the iconic song and be part of the more than one billion views on YouTube.

Do other planets experience the same weather phenomena as Earth? Not necessarily. 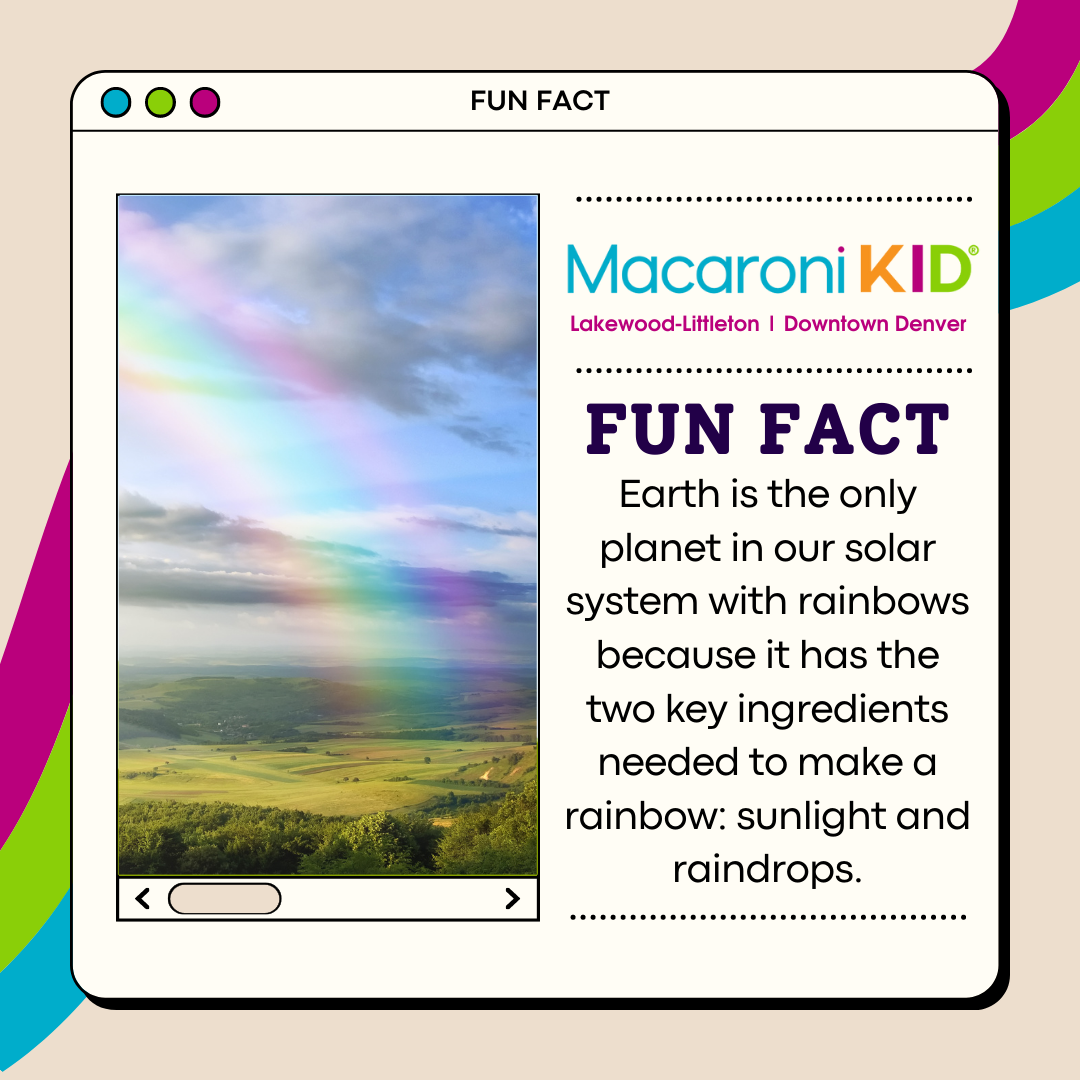 As far as we know, Earth is the only planet in our solar system with rainbows because we are the only planet with the two key ingredients of a rainbow: consistent liquid precipitation (rain) and direct sunlight. Scientists believe that Saturn's moon Titan may have liquid methane rainstorms, but the atmosphere is too hazy for enough sunlight to create a rainbow. Learn more at ScienceFocus.com.

Gemstones come in a rainbow of colors and some (like opals) are even iridescent. Did you know that there are specific gemstones associated with each month of the year? 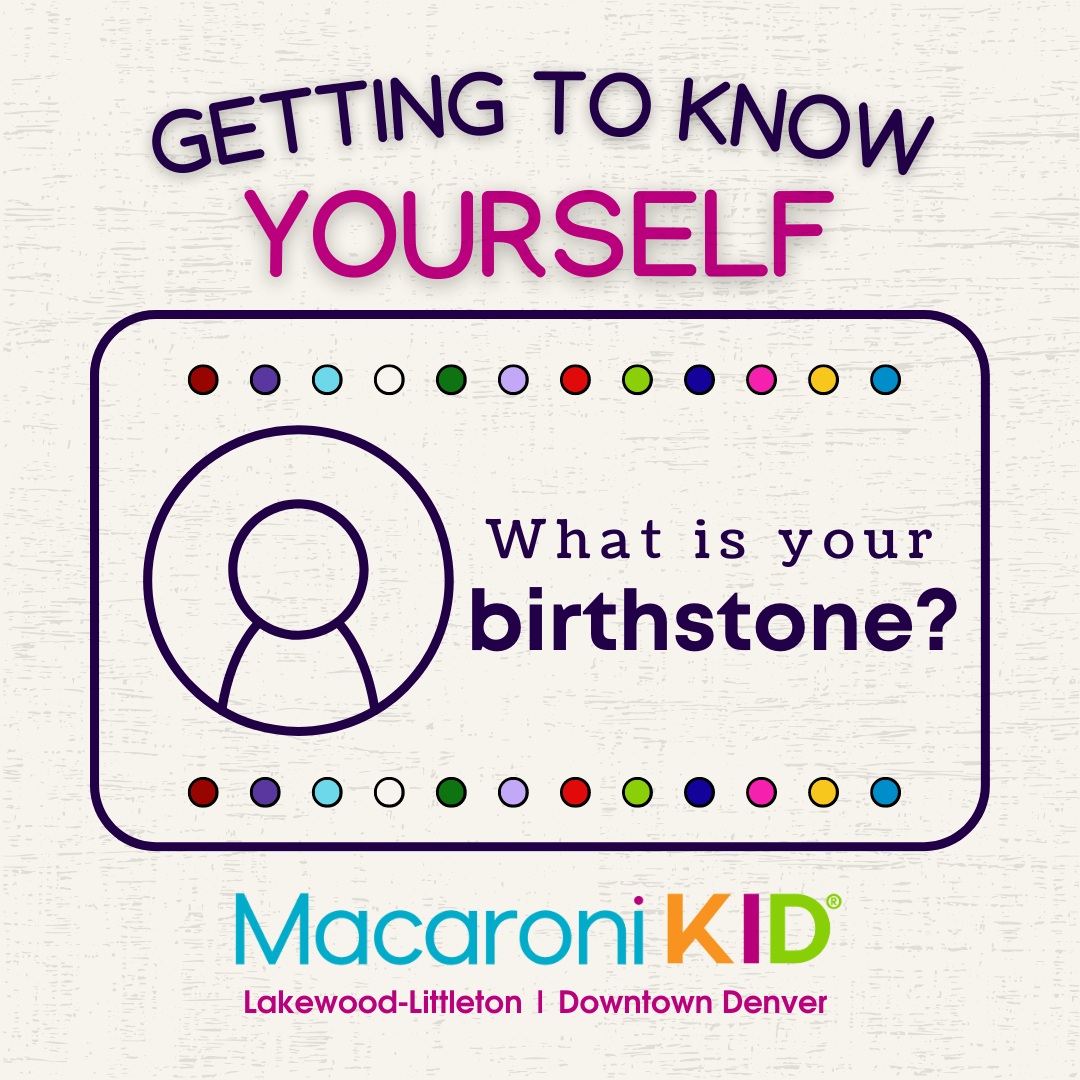 What is your birthstone? Though jewelers continue to edit the modern birthstone chart, here are some commonly recognized birthstones by month:

Read more about the colors and symbolism behind each stone at GemSociety.org.

"Try to be a rainbow in someone's cloud." – Maya Angelou